A new home for the Nightingale

One of Enfield's best known charities has at last found a home of its own and hopes to complete the move by December.

The Nightingale Cancer Support Centre, which recently celebrated its 15th anniversary, has until now been sharing premises in Lancaster Road with four other charities.  The move to its own building in Baker Street, Enfield, will mean it will have enough room to provide more services to more people. 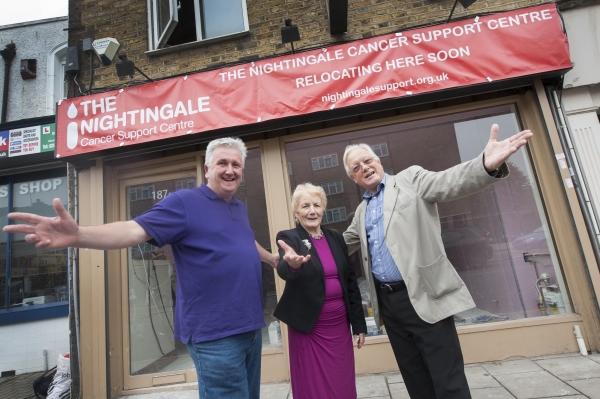 The Nightingale's new base will have a dedicated welcome area, two therapy rooms, two counselling rooms and a multi-purpose function room designed for group activities, pilates, yoga and awareness courses, amongst other things.

Vice chair Dr Pat Mahony said, “We wanted to provide a safe environment for the people of Enfield, a place that welcomes anyone with cancer, their families and friends.

“Presently The Nightingale Cancer Support Centre helps on average 600 people per year and, over the next three years, the aim is to double the amount of support we offer.”

The Nightingale relies entirely on the continued backing of the Enfield community and would like to thank everyone for their unstinting support. Anyone interested in fundraising for the charity can contact or phone 020 8366 4333.

The Nightingale is thrilled about its new building, but in order to make the best use of it they will need to have all of the correct equipment in place. Supporters have been donating towards the Nightingale's New Premises Wish List, which you can see on their website.

There will be two therapy rooms and two counselling rooms in the new centre, allowing the Nightingale to double the number of services that they can offer as well as increase the variety of services.

If you'd like to donate, go to this page on the Nightingale's website and enter the amount you wish to sponsor against one or more items on the list.

The items range from building the therapy rooms (total cost £4581.10) down to two wastepaper bins - £5 each.  Don't worry - you don't have to offer the full cost of a therapy room (but you can if you like!)

Age UK Enfield is a local charity working to support, advise, connect and inspire older people in Enfield. We're looking for dedicated, passionate people, of all ages, with a range of professional and life experience, to join the Age UK Enfield Board of Trustees. Our trustees strengthen governance, provide oversight, take responsibility for finances and the direction of the charity. Read more

Online activities open to anyone aged 50 and above. Booking essential. Read more

As summer turns to autumn, St John's and St Monica's churches in Palmers Green are continuing to feed the hungry. Read more