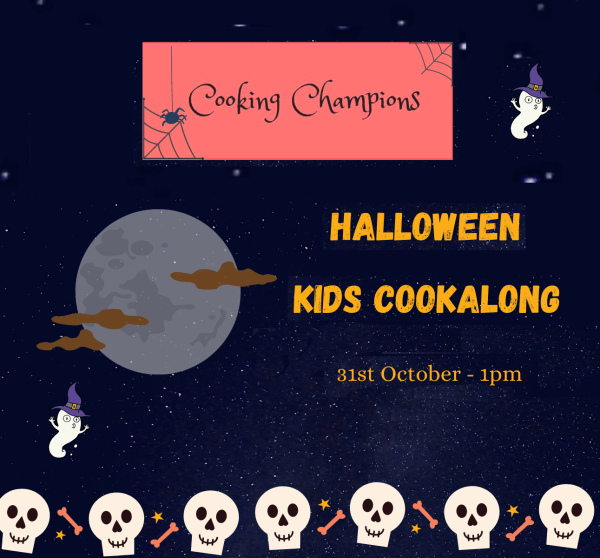 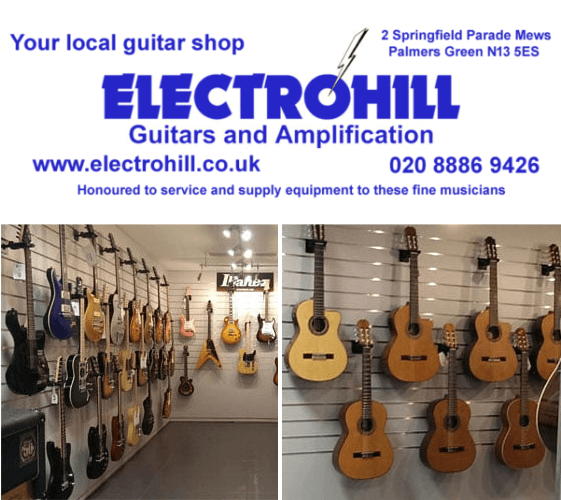 One of PG's most notable shops is closing at the end of the month. All the stock at Electrohill Guitars and Amplification must go before 29th February, so to pick up a bargain pop along to the shop at 2 Springfield Parade Mews N13 5ES. It's just 20 metres down Hazelwood Lane on your left. There will also be daily special online offers at www.electrohill.co.uk/.

Electrohill and its owner, Richard Hill, have been part of the PG community for decades, and the shop closure comes as a big disappointment for local musicians.

Richard Hill has offered just the best service to musicians from all around but especially in the North London area, seeing to everyone’s guitar and amplification needs whether it be sales or repairs. He’s also helped us out on sound at a number of festivals such as Broomfield Blues and at the Black Barn.

It’s not his choice, the management company have doubled his rent, which puts him into the rates bracket, so the business is no longer viable. Apparently they prefer to have an empty building with a higher potential rental value on their books than one being used and providing such a terrific community service.

ELECTROHILL started back in the 1960s when Richard Hill was still at school, building and repairing radios and amplifiers for friends. After studying electronics at Chelsea college in London, he spent a brief time in the electronics industry before becoming a live sound engineer working with a wide range of artists. Work also included modifying and custom building equipment.

The first shop opened in 1974 in Crouch End before Richard moved to Palmers Green 30 years ago - at first to premises near the North Circular, then to the present location in a mews just off Hazelwood Lane. It has since grown to be north London's leading amplification and guitar store.

Richard will continue to carry out repairs and customisation of guitars and amplifiers, making use of the experience he's built up over the decades, during which he's done more than 40,000 repair jobs. He'll still have the same phone number - 020 8886 9426 - and email address - .

After a busy fortnight rebuilding and settling into their new home inside Palmers Green post office, Stitch! is back up and running. The previously bare and boring shop in front of you when you enter from the street is now a cosy and colourful treasure trove of fabrics, wools, threads, buttons and general haberdashery. Read more

The current Stitch! shop on the corner of Devonshire Road closes on 8th October. Stitch! will be opening a new shop inside Palmers Green Post Office on 20th October. Read more

The ever enterprising Brian Lewis has converted his MyTime cake, coffee and tea house into Palmers Green's first deli specialising in organic and artisan food and drinks. MyTime, closed since lockdown struck, reopened earlier this week, appearing unchanged on the outside but quite different inside. Read more

A new single written by two musicians from Palmers Green vividly portrays life on the NHS frontline at the height of the pandemic. Working on the Frontline was written by Kate St John and Neill McColl and is performed by BAFTA-nominated actor and singer Jessie Buckley and her band Jessie & The Leonards. Read more

This is possibly our final playlist in this series, as we plan to return to live music at St Harmonica's on Friday 25 September 2020 (sorry - already sold out!), regulations permitting. It features some of our regular performers, hopefully coming to play for us again soon. We hope you have enjoyed the playlists over the past six months. Read more

Only two weeks until St Harmonica's restarts at the Southgate Club - reserve your seat now. In the meantime, we have another fine selection - Unplugged and Mellow - chosen by Simon Bennett. Read more